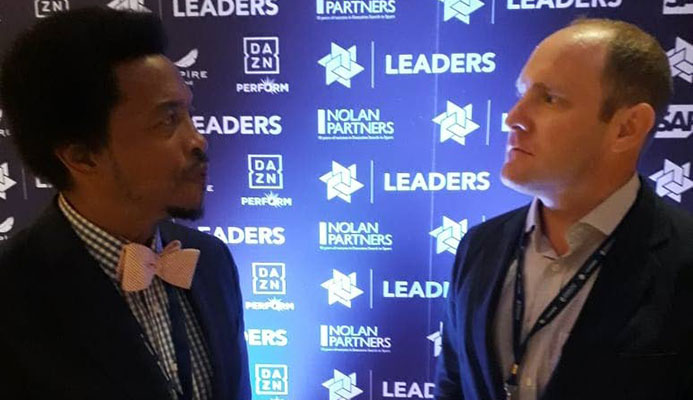 Brian Lewis, president of the TT Olympic Committee (TTOC), has urged all National Sporting Organisations (NSOs) under its umbrella to adhere to the Good Governance code. Lewis, in an interview with Newsday recently, said his organisation is being asked too many times to intervene and mediate on issues that should not have arisen in the first place. He said problems highlighted in the 1975 Narine Report on local sports still linger and hinder our growth. He urged others to speak up to improve the way sport is governed locally as it is the only way change can occur.

“Not only locally but internationally, there is an epidemic of scandal and contentions that all serve to negatively impact the running of the sport, the participants and the athletes. It’s something we keep talking about, but the problem seems to become intractable. From time to time, there are committees and commissions looking at what is the problem with sport and all come up generally with the same thing,” he said.

The good governance code of the TTOC addresses performance appraisals, constitutional review, succession planning and financial responsibilities, among other things.

Asked whether the good governance commitment can eliminate many of the challenges faced by NSOs, Lewis said: “I think what would happen is it would contribute with the ongoing improvement – there has to be a collaborative effort...Therefore, in the context of the Olympic and Commonwealth sports, the TTOC is a key player and there is need for a collaborative approach with TTOC, Sport Company and Ministry of Sport.This goes beyond the exercise of reviewing the national sport policy, as an example, because it’s about the will to address the issues that are well established. It’s now to put a sense of urgency.”

The TTOC boss was adamant that corruption in sport locally needs to be stamped out and called for a zero-tolerance policy.

“Corruption is at the heart of the problems in local sport and hence the resistance to sport governance reform and modernisation. Attempts to put processes and policies in place that address corruption and malfeasance are resisted or sabotaged. Advocating for governance reform and ensuring transparency and accountability are meeting stiff resistance.

“Financial integrity and transparency are the cornerstones of good governance.

“We must root out corruption in procurement and contracting and support improvement in audit and compliance practices.”

Lewis said there are several qualified persons keen on making a contribution to sport locally but they often meet an impenetrable fortress and often get disenchanted. He said the TTOC recently hosted its third sports administration course which was oversubscribed.

“What we have noticed we are getting more people with first and second degrees (interested). The challenge remains, as much as they have a sense of passion, purpose and potential, many of them express concern they are not able to crack or get into the citadel at some NSOs. ...It would have been articulated in the 1975 Commission of Enquiry into sport, excluding cricket and horse racing, so this is not a recent phenomenon.”

Is the TTOC overstepping its boundaries, though, in pushing NSOs to review and improve their governance structures?

“We have received that comment, and the TTOC must respect the autonomy and self regulations of the the respective NSOs in accord with their international federation. But just as the IOC has included Universal Principles of Good Governance in the Olympic Charter, there is a duty and obligation on the part of the IOC and by extension the TTOC to work towards the improvement of all aspects of sport and the governance of sport is no exception.” He added, “The situation has reached a point where we can’t ignore (it). Speaking to the people in the class, there was a quote from Martin Luther King about silence: ‘Our lives begin to end the day we become silent about things that matter.’”