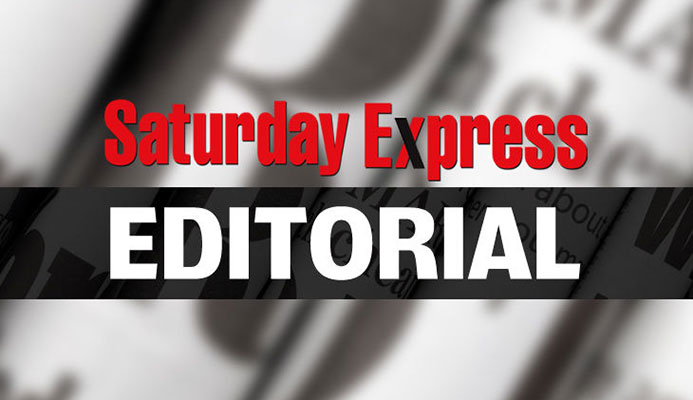 THERE is nothing like the power of sport to lift our sagging spirits and remind us of the endless possibilities that can be attained through hard work and commitment.

And Trinidad and Tobago’s Dylan Carter is the latest example of that, the 22-year-old clinching a silver medal in the men’s 50-metre butterfly final yesterday at the 2018 Commonwealth Games, in Gold Coast, Australia.

With that performance, he became T&T’s first-ever Commonwealth Games swimming medallist and took his place alongside Olympic bronze medallist George Bovell III as this country’s only world-class swimmers.

Dylan Carter had previously displayed his undoubted talent on the international stage at the 2016 Rio Olympics and he now has his reward for the countless hours of churning through the pool from dawn to dusk, training and preparing for these big events.

Confirming his single-minded determination and not being content with his initial major medal, he has announced that he is looking forward to more such successes, as he pursues a professional career after completing his stint at university in the United States, where he perfected his raw ability and is now able to take on the best in the world.

With his latest accomplishment, Carter has raised our hopes that we could look forward to his continued progression in the years to come and we encourage him to maintain his upward curve and show all the other talented youngsters in Trinidad and Tobago, in whatever sphere, what can be achieved with the right attitude and unwavering discipline.

And there were other such displays of T&T talent last weekend at the Carifta Games, in the Bahamas, and the Carifta Aquatics Championships, in Jamaica, where our junior track and field athletes and swimmers, respectively, had good showings against their regional counterparts.

Pride of place among them was reserved for Tobago’s Tyriq Horsford, now a four-time gold medal winner with the javelin at the Carifta Games. And most noteworthy is that the sister island produced three of Trinidad and Tobago’s four gold medals at the annual games, Veayon Joseph and Talena Murray both also throwing the javelin for victories in their respective age-groups.

More than likely, that trio of javelin gold medallists was inspired by none other than Keshorn Walcott, who shocked the world in winning the event at the 2012 Olympic Games in London, and proved that it was no fluke with a bronze medal in Rio four years later. Which proves the value of exemplars and role models for the nation’s youth, Mr Walcott leading the way for his younger compatriots.

And now Dylan Carter joins the ranks of outstanding national sportsmen and women and, like Mr Bovell before him, he will undoubtedly prove to be an inspiration for T&T’s swimmers in the years to come.

Of course, not everything is perfect in this country as there was also news this week of concern over Trinidad and Tobago’s hosting of the 2019 Carifta Aquatics Championships. We hope that all the issues will be soon cleared up and the Carters and Bovells of the future will be able to compete at home next year.

In closing, we commend the outstanding efforts of Dylan Carter and all the other national representatives who continue to make us proud.
Source