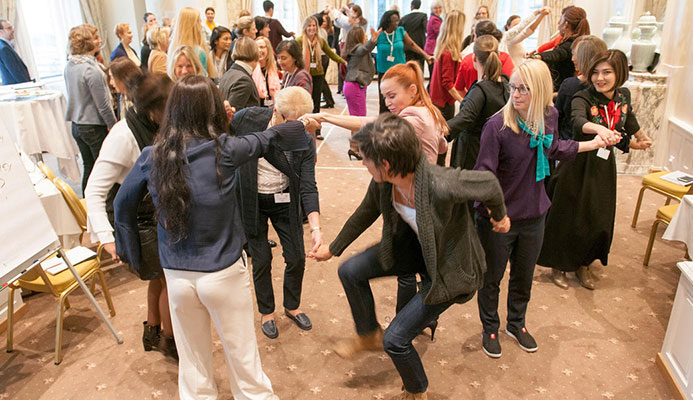 IN CONJUNCTION WITH INTERNATIONAL WOMEN’S DAY, THE SECOND INTERNATIONAL FEDERATION (IF) WOMEN IN LEADERSHIP FORUM SUCCESSFULLY CONCLUDED YESTERDAY IN LAUSANNE, SWITZERLAND, WITH A COMMITMENT FROM ALL PARTICIPANTS TO BE BOLD, WORK TOGETHER AND STRIVE FOR GREATER FEMALE LEADERSHIP IN SPORT.

The message was clear as the three-day Forum jointly organised by the International Olympic Committee (IOC) and the Association of Summer Olympic International Federations (ASOIF) came to a close. Achieving gender equality is a team effort. Women, men and sports organisations as a whole must work together to bring more women into leadership positions in all levels of sports, including management, coaching and officiation positions.

As the 65 participants, representing all five continents, all 28 Summer International Federations (IFs) and two Winter IFs, expressed the value of such a Forum and network to further empower themselves and enhance their skills, they vowed, in turn, to:

Increase collaboration with male leaders to achieve the minimum target of 30 per cent of women in leadership roles in the Olympic Movement by 2020, as called for by the IOC Executive Board last December;
Stand for election for decision-making positions in national, international and continental associations;
Become mentors for other women in sport; and
Include the participation of men in the next IF Women in Leadership Forum, so as to enrich and diversify the exchanges.

In this electoral cycle, the Forum, under the theme Time to run, was a unique opportunity to help prepare a large number of women in middle and senior management positions in National Olympic Committees (NOCs), National Federations and other international bodies to stand for election.

Closing the Forum, Chair of the IOC Women in Sport Commission Lydia Nsekera told the participants: “We all need to know that we have a place in sport, and that power is not for men alone, far from it. It is for us as well. We need to understand also that, without support from men, our fight will be in vain!”

As the Forum concluded on International Women’s Day, a celebration dinner with the IOC President, and including a keynote speech by Milton D. Speid, a creative talent and Vice-President of Epic Foundation, was organised last night in Lausanne, Switzerland.

Fostering gender equality and strengthening women’s participation in, and through, sport is one of the key missions of the IOC. Over the years, the IOC has observed that women’s participation in the world of Olympic sport has grown steadily thanks to the IOC’s constant action, in cooperation with the IFs and NOCs. It is now pursuing the goal of increasing the number of women in decision-making bodies by setting up training, mentoring and networking programmes, and initiatives such as the annual IF Women in Leadership Forum.