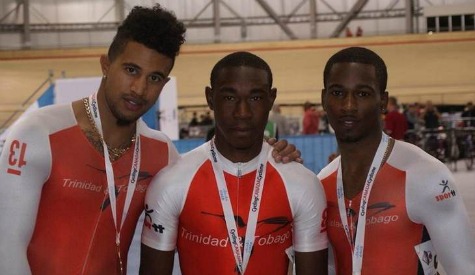 Trinidad and Tobago were well represented at the UCI Fastest Man on Wheels competition over the weekend as Arima Wheeler's Kwesi Browne won bronze in the final of the men's keirin. The meet was held at the Valley Preferred Cycling Centre in Pennsylvania, USA.

Browne finished third after a keenly-contested keirin final, with Eddie Dawkins of New Zealand finishing as the winner. Njisane Phillip meanwhile, placed sixth overall in the final after excelling in the heats and semi-final leading up to the main event on Friday.

Both sprinters raced into the semi-finals and then into final, where they faced a decorated field of elite-level cyclists. There were three riders from New Zealand, one from the Netherlands, one from Canada and a British cyclist. They all were in the field along with both Phillip and Browne.