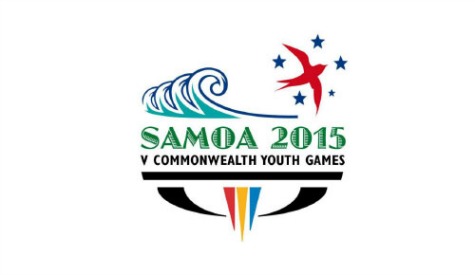 In just 100 days, up to 1000 young Commonwealth athletes aged 14-18, including four (4) from Team Trinidad and Tobago will compete for 107 Gold Medals in 9 sports over 5 days at the Vth Commonwealth Youth Games, to be held on the Pacific island nation of Samoa from 5-11 September 2015.

The Commonwealth Youth Games are for some – like Kirani James (Athletics), Chad le Clos (Aquatics) and Jessica Ennis-Hill (Athletics) - the springboard to future Commonwealth Games glory; for many, a formative first taste of international multi-sport competition; and for all, a joyous celebration of high-performance sport, personal development and new Commonwealth friendships made on the level playing field of sport.

Young athletes selected to make the journey to Samoa to represent Team Trinidad and Tobago will include young athletes from aquatics and athletics.

Like the Commonwealth Games, all athletes stay in athletes’ village-style accommodation and events comply with International Federation technical rules and regulations, giving many competitors their first taste of an international multi-sport environment. World anti-doping standards also apply. Off the field of play, the Youth Games nurtures the next generation of global sporting citizens by focusing on friendship, integrity and cross-Commonwealth inter-cultural exchange – learning and living the Commonwealth Games Federation’s values of Humanity, Equality, Destiny.

“My role as Chef de Mission, with the support of the National Olympic Committee, will be to organize the teams travel to Samoa. Upon arrival I will work alongside the team managers and the Organising Committee to ensure the athletes have an enjoyable stay and are able to perform at their best representing the red, white and black proudly. I look forward to the learning opportunity of being part of such a glandular event, and the exposure to Samoa's culture and natural beauty.”

The host nation, Samoa, which means Sacred (Sa’) Centre (Moa) of the Universe, is a small, tropical island nation in the Central Pacific with a young population of c187,000, over half of whom are 25 and under.

“Practically our entire small island community from sports associations and athletes, to the public and private sector, to our citizens and communities have all banded together to prepare to welcome and host Commonwealth athletes, officials, dignitaries, supporters and visitors in 100 days time.

Samoa is a Small Island Developing State in the Central Pacific and sport and recreation is a hugely important part of our island life and culture. With this close affinity to and appreciation of sports and its rewards and benefits, our island nation and community stands ready and eager to extend to all athletes and visitors a very warm welcome and to ensure that the Samoa 2015 Commonwealth Youth Games will not just be the most memorable but a lasting legacy for all”.

Launched in 2000 and now in its 5th edition, the Youth Games are a sustainable opportunity for smaller cities and nations to benefit from hosting a major sporting event, using predominantly pre-existing venues (in Samoa’s case constructed for the 2007 Pacific Games) whilst also promoting an inclusive and positive youth agenda.