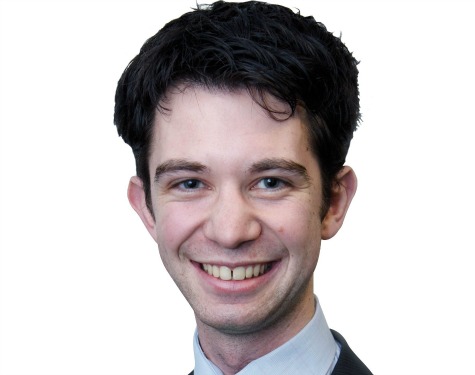 After several attempts at arriving in Sochi yesterday were halted by uncompromising weather, our plane was forced to land 200 kilometres to the west in the wonderfully named Mineralnye Vode airfield, before resuming its journey four hours later once the conditions had calmed.

An inauspicious start, but the fierceness of last night’s rain paled into insignificance in comparison with the thunderstorms which shook the Olympic Movement this morning as SportAccord President Marius Vizer launched the fiercest attack on the International Olympic Committee in generations.

In his opening speech at this morning’s General Assembly, Vizer accused IOC President Thomas Bach of trying to block projects, claimed the IOC lacked transparency and that its Agenda 2020 reform process had brought "hardly any benefit" to sport.

And that was just him warming up.

“Mr. President, stop blocking the SportAccord strategy in its mission to identify and organise Conventions and multi-sport games,” Vizer added.

He then labelled the IOC system as being “expired, outdated, wrong and unfair”.

By the time he had finished, Bach, like most in the room, appeared taken aback, but rallied well, thanking Vizer drolly for his “friendly” welcome before stoutly defending his record and claiming his adversary’s views were out of step with the International Federations.

Not quite fighting fire with fire, but managing a response that was strong, but also relatively statesmanlike.

In an environment renowned for soft words and public platitudes, with messages therein invariably subtle and unambiguous, this was stirring stuff. The judoka attempting to dispatch the fencer with an ippon before his adversary had a chance to foil the attack.

I have never seen anything like it in my short time covering this Movement, but neither had many of my far more senior colleagues either. The latter days of Primo Nebiolo’s time as head of the International Association of Athletics Federations (IAAF) was one period when relations were similarly fractious with the IOC, some said, but never have simmering tensions erupted into open warfare quite like this before.

Of course, it was an open secret that relations between IOC and SportAccord were tense, as signified simply by the fact that the IOC Executive Board chose not to meet here for the first time since the Convention began over a decade ago.

But as news of Vizer’s outburst began to filter out of the auditorium and through the rest of the Expo Centre, there was bafflement, bemusement and excitement - from journalists at least - that the long and arduous journey had been thoroughly worth it.

More than anything else, everyone seemed to have been knocked off balance. Public Relations gurus were rushing around as multiple clients batted to have their say, advisors struggled to conjure an appropriate response or to direct their charges to the right people. Even Bach’s entourage seemed slightly rattled.

News gradually filtered out that the IAAF and the International Shooting Sport Federation had resigned their SportAccord membership and that a mysterious letter existed, expressing the opposition of a groups of Federations to Vizer’s words, the precise number of which seemed to be different whoever you spoke to.

As we were still digesting this, Bach suddenly appeared alongside Sheikh Ahmad Al-Fahad Al-Sabah, the Association of National Olympic Committees President, who, with Bach and Vizer, were the so-called triumvirate of Olympic Movement powerbrokers.

“I’ll go for Bach and you intercept Sheikh Ahmad,” barked my editor, setting off with a turn of speed usually saved for when coffee supplies are dwindling in a press centre, as throngs of other people with the same idea began a similar move.

But, because many of these were International Federation Presidents themselves, we were not short of people to speak to, and almost all were open and happy to talk. Responses ranged from “we will wait until the dust has settled” to “Mr Vizer has shown today he does not know how to do politics”.

What was clear was that the applecart had been well and truly upturned.

Former British Prime Minister Harold Wilson once said that a “week is a long time in politics”, and at times today it seemed even an hour was a long time.

Given this, it would be rash to conclude too strongly about what will happen next, but it does seem that Vizer miscalculated and has now bitten off far more than he can chew.

Surely, rather than acting so rashly, he should have told the members about his impending assault, and at least prepared some sympathetic representatives to stand up afterwards in support of his message? As it is, it is like a general launching a coup d'état but without any troops to back up his bluster.

Meetings of the Association of Summer and Winter Olympic Federations over the next two days will tell us more about the state of play. Yet, as things stand, Vizer now risks losing every Olympic member of SportAccord (except for the International Judo Federation of course, for the obvious reason that he is the President) and, if that happens, either he will have to resign or his organisation will have been irreversibly weakened.

If you are not already convinced that events have already descended out of his control, then the fact he has also declared a second battle with Sheikh Ahmad’s ANOC seems a further nail in the coffin.

Later in the Assembly, the inaugural World Beach Games was awarded to Sochi in 2019, with SportAccord now appearing as the driving force, while Vizer also expressed his excitement for the black tie “Oscars of Sport” taking place during the Convention in three days’ time.

Hold on, wasn’t ANOC’s inaugural awards ceremony in Bangkok last November hyped over and over again as the "Oscars of Sport"? And isn’t the World Beach Games the foremost project of Sheikh Ahmad’s Presidency; his defining legacy more than anything else?

The Kuwaiti Royal is therefore unlikely let go of it that easily, and will take the Oscars line as a further snub, and in a vague statement this evening it was made clear that ANOC plans to go ahead with its own Beach Games, revealing plans to “announce some exciting plans in June 2015”.

A peculiar day then, to the extent that the presence of Russian President Vladimir Putin, someone not averse to making some political headlines of his own this year, was almost an irrelevance, lost in a sporting dispute that was less of a Cold War and more a simmering one at times veering towards boiling over.


And to think, this was meant to be a gentle day before the Convention properly got underway.

But, while it is perhaps not to be recommended as a political tactic, you have to admire Vizer’s sheer nerve, and the most refreshing thing today has been the blunt, open and forthright nature of it all.

I wrote two weeks ago about the dominance of PR in sport, and how much of it is choreographed and bland. The aforementioned ANOC statement, crafted as it was by their consultancy arm, JTA, was the only exception to this, but everyone else was, if not completely honest, then at least prepared to express clear views, and express them strongly.

And, you know what, while it seems likely Vizer will be outmaneuvered, I sincerely hope he has some fight left in him to continue his attack over the rest of the week.

Because, more than anything else, it has all been great fun so far.